Now that you have successfully installed the MDI, you will likely want to do two things, in order:

Developers will also want to write their own pipelines and apps.

You run MDI data analysis pipelines using the ‘mdi’ command line utility. Its usage is described in detail at the link below, including how to write effective job configuration files. 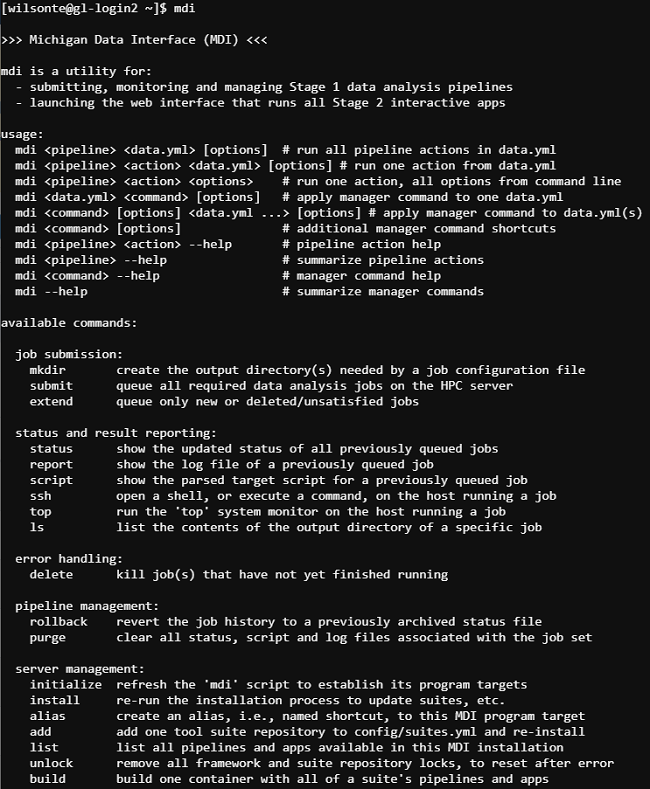 Alternatively, the Pipeline Runner app provides a graphical interface to construct, run, and monitor the status of pipelines jobs. The best way to use it is via the MDI Desktop via an SSH connection: 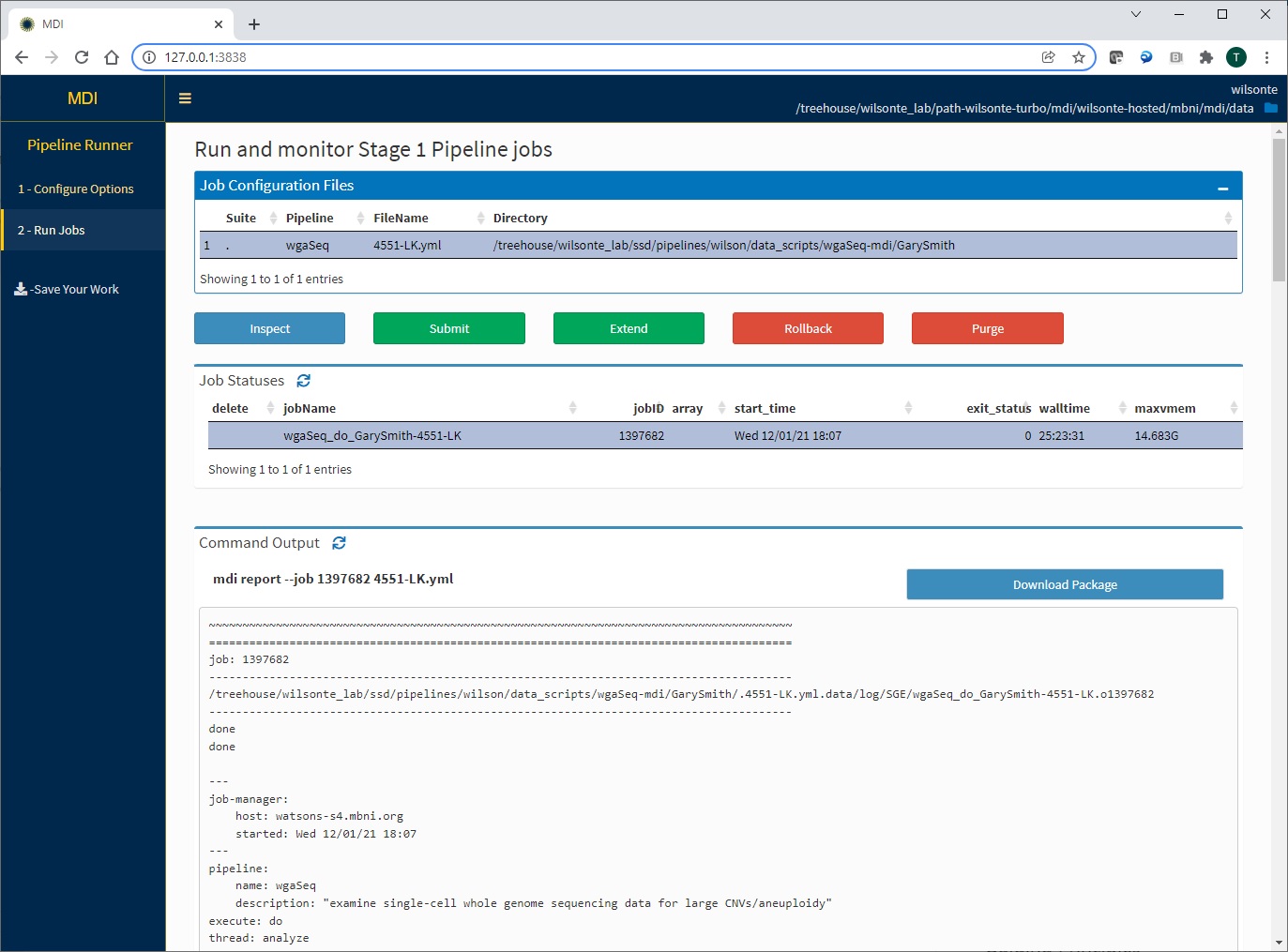 Once you have successfully loaded the MDI apps interface in a web browser, you simply load the data package created by an appropriate Stage 1 Pipeline, which always ends in mdi.package.zip.

Our demo app provides a simple working example - the access key is ‘mdi-demo’.

It is difficult to provide more details here since every app will be different. However, here are a few patterns to understand.

MDI apps are designed to have a stepwise execution according to the tabs on the left of the screen. You usually want to work through them in order (but can always go back).

Settings (gear) and other useful icons

Apps often have many features “hiding” behind various icons, like the settings gear icon seen above. Click away, you can’t really break anything. The point of Stage 2 Apps is to be interactive, so … interact!

A critical feature of the MDI is that you can save the state of the app to reload later. While the initial incoming data files are called ‘packages’, the work within an app is saved as a ‘bookmark’ file using the link on the left of page (see screenshot above).

Bookmark files end with ‘.mdi’. After saving one, you simply load it at the starting page instead of a data package. You will pick up where you left off when you saved the file.

Bookmarks are extremely useful for preserving the state of an app that generated a figure for a manuscript, etc. You can also reload an old bookmark to add new data to it, etc.

Many MDI apps are designed to allow you to load multiple data packages at once using the launcher interface: 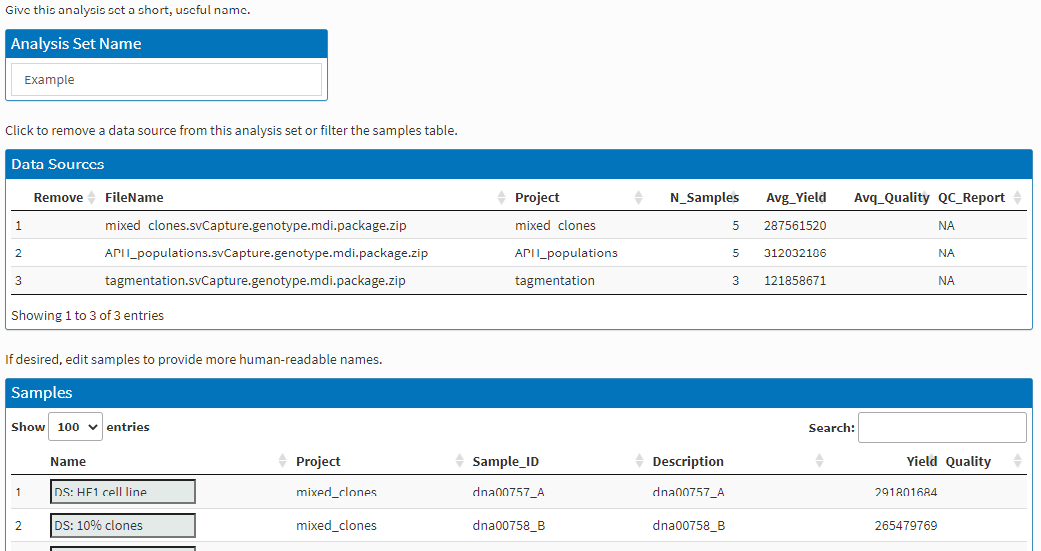 and to use the sample assignment grid and other tools to create comparisons within and between data sets for maximum versatility in data analysis:

The following links provide detailed descriptions of how to use our tool suite repository template and frameworks to create your own tools: