The MDI manages data analysis flow in two stages with different handling, as depicted below. 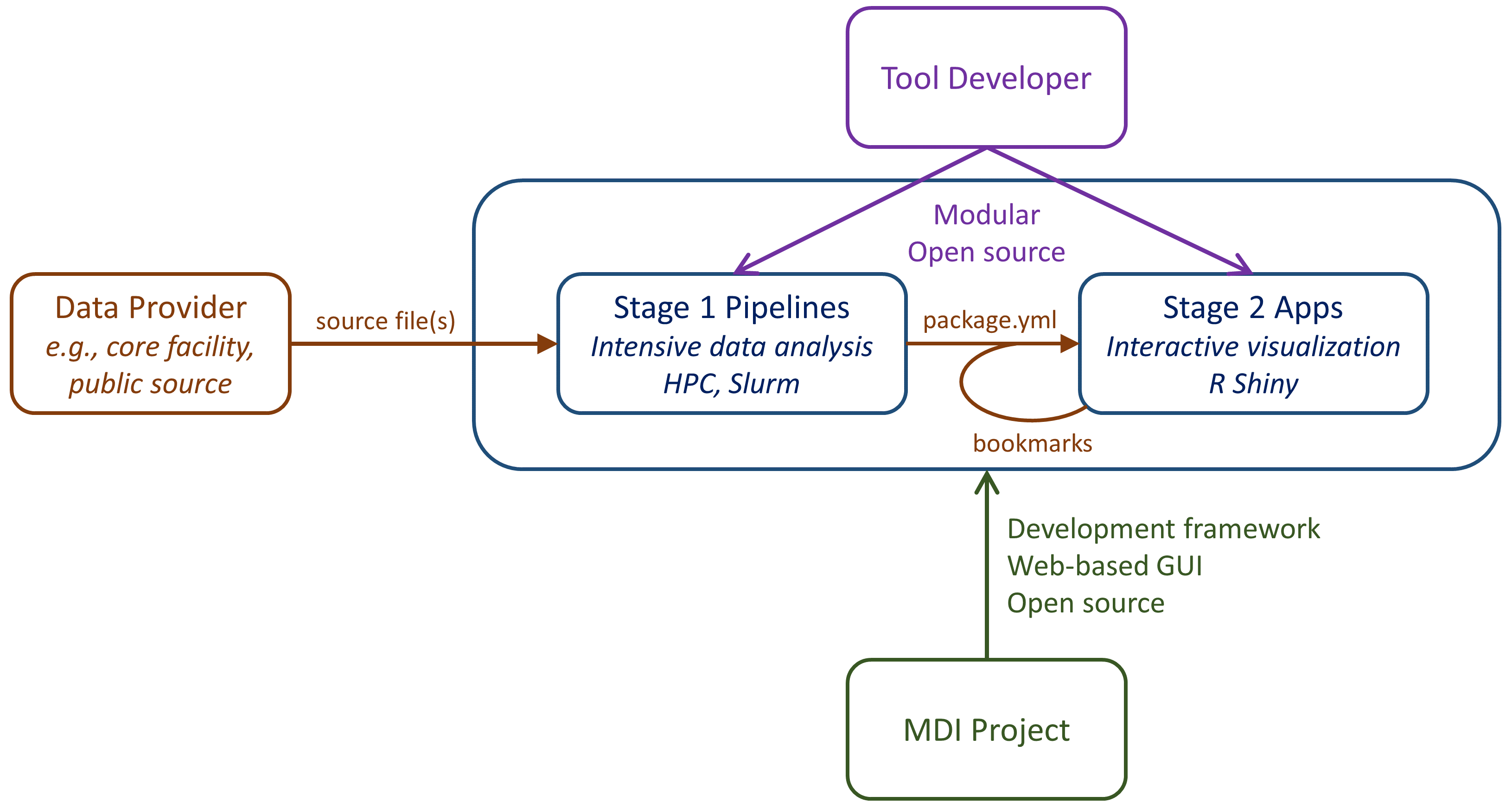 The critical distinctions between Stage 1 Pipelines and Stage 2 Apps are enumerated below. Users and developers may be interested in working with either or both stages depending on their needs.

We use ‘pipeline’ synonymously with ‘workflow’ to refer to a series of analysis actions coordinated by scripts. Stage 1 pipelines are generally:

The above properties make Stage 1 pipelines well suited to being run by a core facility or data producer according to agreed upon best practices. They are also ideal for a cluster server, which the ‘mdi’ command line utility helps manage.

Examples of Stage 1 pipeline actions are bulk image processing, training of machine learning algorithms, and read alignment to a genome.

The pipelines framework does not encode data analysis pipelines themselves, which are found in other code repositories called ‘tool suites’. Instead, the framework encodes script utilities that:

Examples of Stage 2 apps are R Shiny web tools that make interactive graphs and tables. Once again, the MDI framework does not carry the tools themselves, it provides a common web interface where all MDI apps can be easily loaded. Developers provide apps within their tool suites.